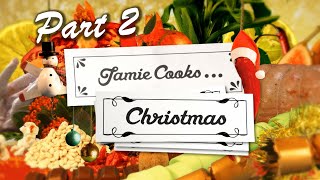 Okay it's Christmas, I'm excited, I'm gonnastart of with mulled wine right which most people ruin, okay? It's all about spice isn't it, all those allthose lovely spices like cloves, five spice, nutmeg, cinnamon, vanilla, stuff that makesChristmas feel like Christmas. So what I've got in this pan is 200 gramsof sugar, unrefined sugar, and just a splash of water. And as it starts to melt like that I'm goingto add the zest of one clementine in there like that, the zest of one lemon, and a zestof a lime. So all those wonderful citrus fruits.

To that we can add about six cloves like that,a couple of star anise go in. And then we're going to do cinnamon, justsnap it in half, that goes in. About three leaves of bay, and then nutmeg. And then I've got a vanilla pod here thatI've split in half, don't have to scrape it because it'll all come out in the mix. So as that syrup comes together just go in with two bottles of red wine. And then as it starts to come up I'm justgoing to squeeze the juice of the clementine in there and that'll be delicious.

You can see as that just comes up to the heatall those spices will Infuse like a cup of tea into that red wine, but that is prettymuch ready I'm just gonna squeeze this juice in. The juice of tangerine clementine. There we go. Getting the flavour out in that little bitof syrup there at the beginning means you don't have to boil the hell out of the redwine and also if you're lucky you haven't cooked all the alcohol away. But that's proper mulled wine, and you cantaste every single one of those spices.

Gennar'! Yeah. Here we go, what you got there brother whatare you doing today? I don't want to make a modern traditionalporchetta which is a whole pig, I'm gonna make one with a shoulder of pork, porchettaItalian style. Beautiful I'll see you in a bit, that's apork shoulder Italian-style. What actually I done it, I just open up. Ask your butcher to debone it and butterflyfor you, takes only a minute. That you get.

Little bit of salt, then a little bit blackpepper. Then you go round, just massage it. That's it. Same time on here I just sweat three onion. Very simple we put chicken liver — well it'sgood, I love a chicken liver. Pork meat, make sure there is a little bitof fat inside, fat will give you a flavour but also it will run away when you cook it,it will disappear. Add them inside.

Then get a pine nuts inside. Raisins, inside, it's Christmas! Let it cook those for a few minutes. Sage, you know, that is not filling withoutsage you have to have sage you know the lovely smell! You place them inside it's so simple. Parsley. Just roughly huh cut them all up, add theminside, stir it. Don't forget the mulled wine that Jamie madewith so much love and passions.

And there we go. Make sure you put it straight in. Pack them all in. You know I can pack with my hands becauseI'm a chef hands but if you find them too hot you know just do it with a spoon. Rolling, you can see inside here, on top,slowly roll it… it's not long. Yes, yes, it's all in. Then need a nice bit of string. You push him inside right underneath.

Yeah! Close the knot. Done. Again you do another one. It doesn't matter which way you do it doesn'tmatter which way it comes out you know it's just you have to do a knot every time. See if I get it inside. Little olive oil with a salt. Little bit of pepper.

Open the oven, put him in, stay there don'tmove. And then five and a half hour, rock and roller! Yeah! That looks beautiful. Done, you picking up, let me show you. Gosh look at that… look at that, oh my lordthat's my favourite bit. The flavour of that stuffing is incredible. It's incredible, look at that you just toremove it look at that… Shall I put this one on top here.

Yeah, put it back in the oven? Yeah. Oh my lord look at this. Ready? Are you ready? Yeah. Oh wow look at that. Ooh the juice! Look how juicy that is.

It's moist, it's well cooked. Christmas all over. Buon Natale. Buon Natale. Right so what I'm going to do is show yousomething really simple to make a cheese plate a little bit more exciting. I got a load of figs just halve them, deadsimple. And literally all I'm going to do is – Gennarocan you put some clementine zest on it – a bit of clementine zest, a little bit of cinnamon,tiniest little gesture of that will just give.

It a nice little edge. A little pinch of sugar, a tiny bit hardlyany, just to dust it. Now you've got two choices you can bang thisin the oven for about three to four hours at 100, or put the oven on to sort of pilotor 50 degrees and at its lowest setting, and then bang it in overnight when you wake upin the morning you get this. What we've achieved is basically we've dehydratedthe Fig right, we've intensified the sweetness, the flavour. You can see it's gone kind of gummy in texture,if you sort of… try one. And they're lovely warm so nice big pile ofthese, then just serve it with some nice warm.

Bread. You know that with some nuts with some honeyand then what I like to do is just kinda get a little bit of goats cheese, just put iton here like this right and just squash it. I love it. Like this. Get a few of those little nuts and just goover it like that. And honey and salty goats cheese is like somethingfrom heaven just look at that. You're gonna try a bit big boy? Yeah of course I want to try.

Oh my goodness me. Delicious. What d'you think Gennar'? 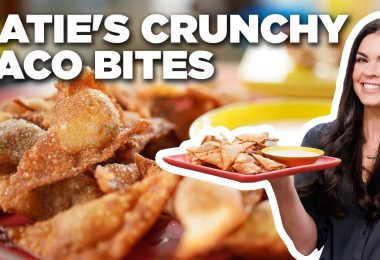 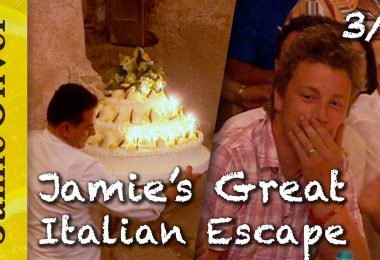 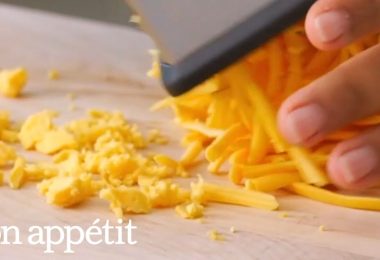 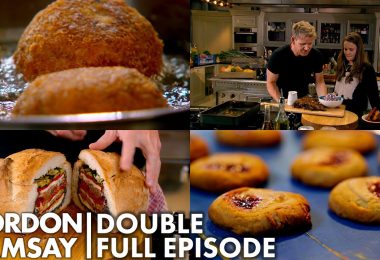 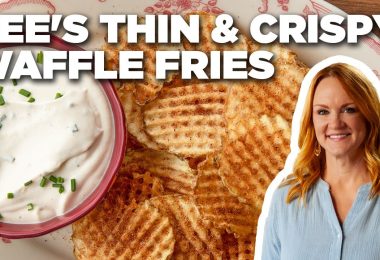 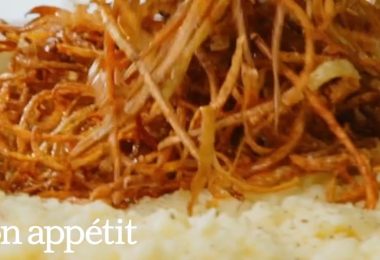